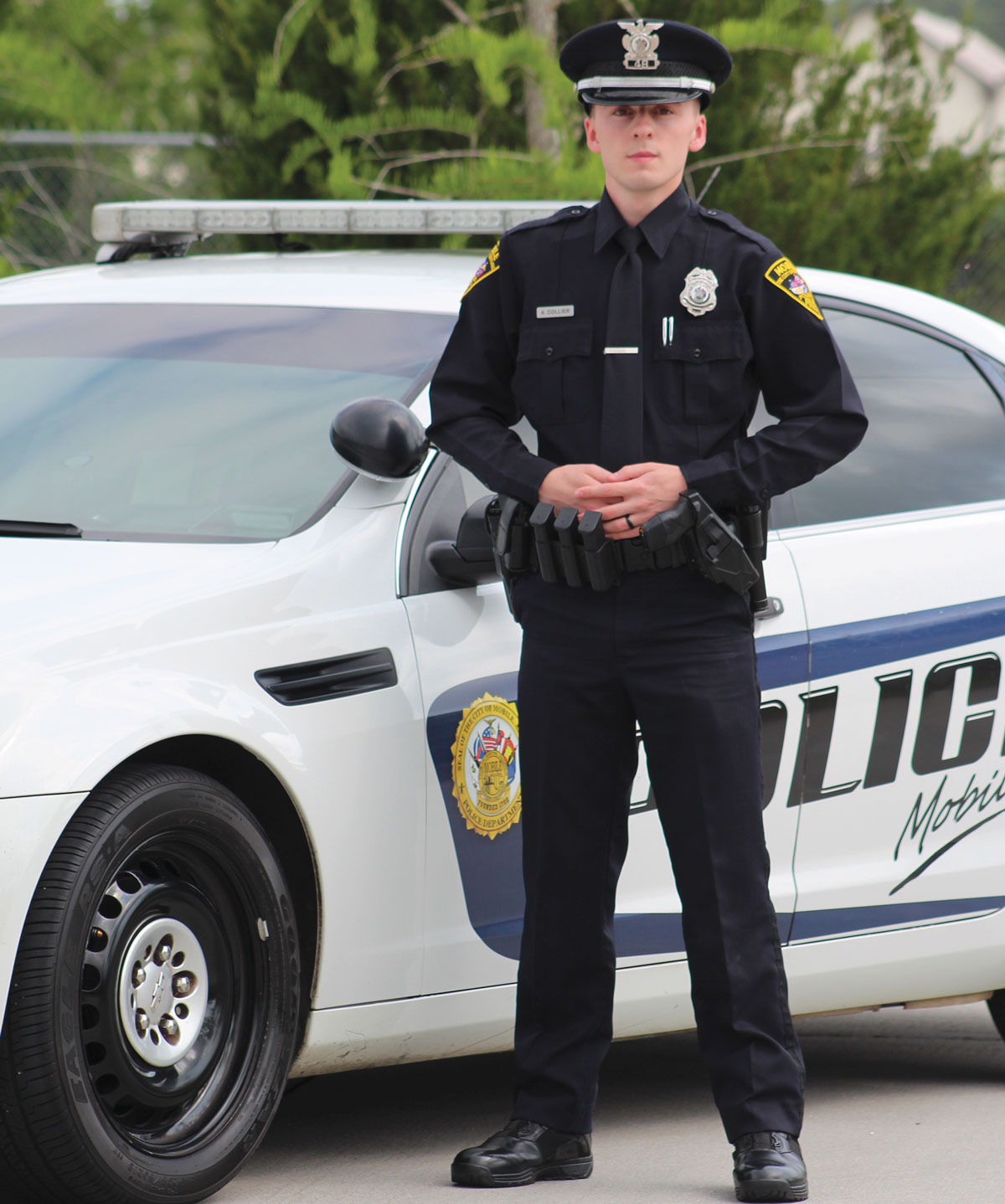 Collier joined the force March 2016 and works patrol in the Fourth Precinct. Known as a natural leader, he understands how to effectively perform his job while treating the citizens of Mobile with the upmost respect.

Fellow officers describe him as the officer who can “sniff out the bad guy.” There is not one particular incident that sets him apart, but rather the consistency of performing a superior job on a daily basis. Here is one of many of the real stories of everyday patrol that earned Collier Officer of the Year.

On Oct. 29, 2018 at 8:42 p.m., Collier was dispatched to the area of Moffett Road and University Loop in reference to a person sitting on the overpass. When Collier arrived, he observed a teenage girl straddling the railing on top of the overpass. Collier attempted to make contact but the girl refused to talk. As Collier approached her, she placed her other leg over the rail, preparing to jump. Collier’s persistence paid off and the girl finally began talking with him. During this time, he directed other officers into position, using his radio, to set up perimeter and get medical staff on standby. Due to the close proximity of heavy traffic on Moffett Road, Collier had to reroute eastbound and westbound traffic, along with northbound and southbound traffic on University Blvd. below the overpass.

Over the course of a 30-minute negotiation, he established that the girl was 15 years old and had been abused throughout her childhood. She expressed feelings of hopelessness and said she no longer wanted to live. Through patience and empathy, Collier was able to establish trust with her while inching closer. He grabbed her and pulled her to safety, with assistance of the other officers, before she could jump or slip to the roadway 30 feet below. Collier’s tact and rapport-building efforts directly prevented the serious injury or death of the troubled teen. Collier is a 2014 graduate of Alma Bryant High School. He served as a Bayou La Batre City Councilman for two years prior to joining the Mobile Police Department in 2016.  Officer Collier also serves as a Volunteer Fire Fighter in the City of Bayou La Batre.