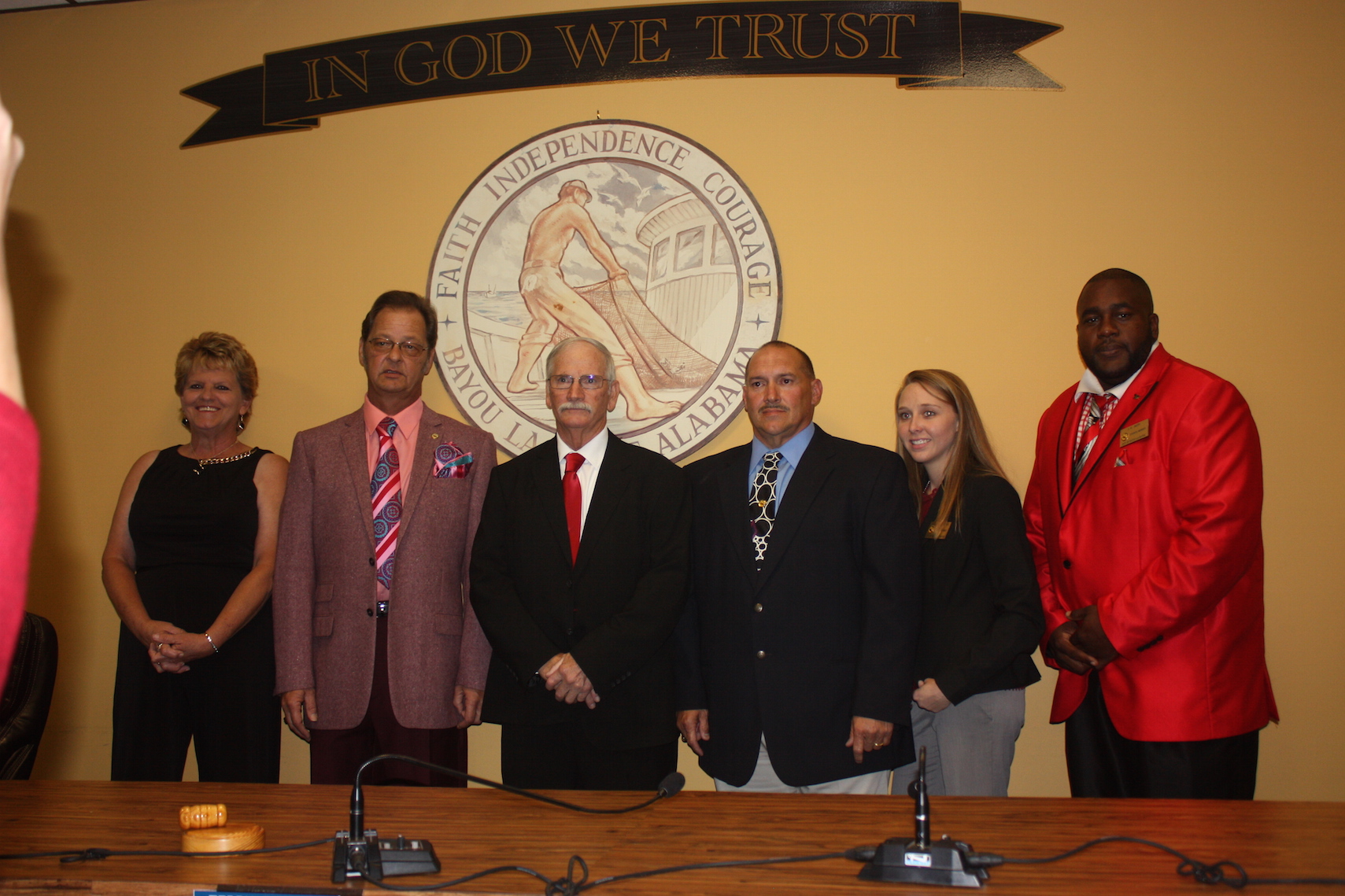 Just over one hundred people gathered in the Bayou La Batre City Hall as the city successfully swore in their new Mayor and five City Council members on the evening of November 11, 2016.  Led by the pledge of allegiance and an invocation from Pastor Paul Meredith, the municipal judge Daniel Mills had the privilege of leading each council member and the mayor in the swearing in of their offices and shook their hand in congratulations.

The city welcomed with excitement their new mayor, Mr. Terry Downey and the five council members who were able to join in this excitement included Anna S. Bosarge, Henry Barnes Sr., George Ramires, Kimberlyn Barbour, and J.C. Smith.  After the swearing in, there was a brief meeting concerning some future decisions and some information was given to clarify future opportunities for the city members to get involved.

The mayor, Mr. Terry Downey announced that six committees will continue to be involved in Bayou La Batre, led as follows:  J.C. Smith will lead Parks and Recreations, Kimberlyn Barbour will lead Administration and Fire, George Ramires will lead the Community Center, Henry Barnes will lead Public Works, and Anna Bosarge will be responsible for corresponding with the Bayou La Batre Police Department.  It was an exciting time for family members and friends as they came out to show their support and take many pictures.

After the ceremony and meeting, the crowd encouraged our new leaders with a round of applause.  Refreshments were then served, including a beautiful cake commemorating the event.  It seems that the city of Bayou La Batre may be in good hands with their new eager leaders.