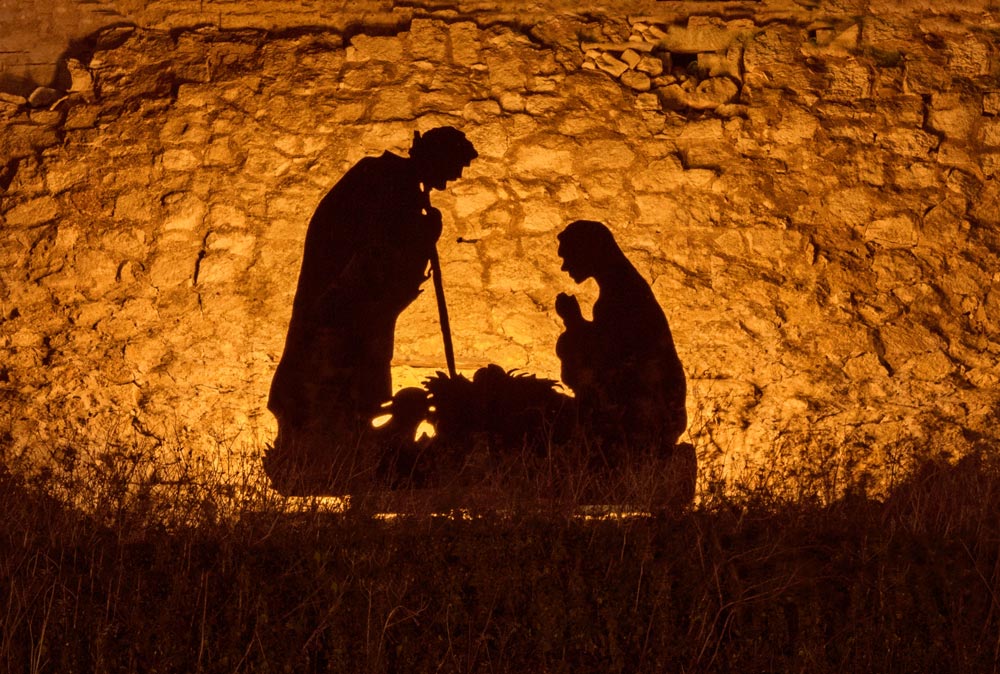 In recent years, it has been a joy of mine during the Christmas season to seek out places in Scripture that are about the incarnation of Christ but are not ordinarily used for a Christmas message. The texts I look for are located off the beaten path where a pastor might look for a Christmas sermon. For example, we are all familiar with Luke 2, Matthew 1, and even Philippians 2, when it comes to Christ’s entrance into the world. The texts I like to look for every year are not in those well-known places. When I find what I’m looking for, it’s like striking gold – Christmas gold.

This year two verses have captured my attention. In 1 Peter 1:20-21, we find these words: He indeed was foreordained before the foundation of the world, but was manifest in these last times for you who through Him believe in God, who raised Him from the dead and gave Him glory, so that your faith and hope are in God.

Of course, Peter is speaking in these verses about Jesus Christ, the eternal Son of God. And in these verses, we can see three great truths about Him and His coming into the world.

First, He was foreordained before the foundation of the world. That word “foreordained” means that Jesus was “marked out” for something before the world was ever created. What was He marked out for? The Bible is very clear. He was marked out to come into the world and be God’s sacrifice to save His people from their sins (Matthew 1:21). The verse just prior to our text, 1 Peter 1:19, speaks of Christ as a “lamb without blemish and without spot” and tells us that we are redeemed by His “precious blood.” When John the Baptist saw Jesus approach, he said, “Behold the Lamb of God who takes away the sin of the world!” (John1:29). In Revelation 13:8, Jesus is described as “the Lamb slain from the foundation of the world.” In Acts 2:23 we read that He (Jesus), was delivered (to be crucified) “by the determined purpose and foreknowledge of God.”

When we think of the baby Jesus being born into the world, our thoughts should always quickly move from Bethlehem to Golgotha, from the manger to the cross. Why? Because that’s why Jesus came into the world. He came to die. He came to die as a sacrifice for sins and take the place of guilty sinners and absorb the wrath of God intended for them. And this wasn’t an afterthought. Jesus was marked out by God in eternity past for that very purpose.

Second, He was manifest in these last times. That word “manifest” means God the Son was made visible to men. He had always existed as the second person of the Trinity. His birth in Bethlehem was not His beginning. It was, however, the time when He left eternity, entered time and space, and appeared to mankind.  In the Gospel of John, in the first chapter, we find two vital verses that describe this truth. In verse one, we read, “In the beginning was the Word, and the Word was with God, and the Word was God.” Who is this One called “the Word”? Verse 14 gives us the answer: “And the Word became flesh and dwelt among us, and we beheld His glory, the glory of the only begotten of the Father, full of grace and truth.” The eternal Son of God took on flesh and dwelt among men. It was the only way God could provide salvation for His people!

Whenever we may be tempted to think that sin is not a serious matter, or that our own personal sin is not that serious, we need to remember the great lengths that God had to go to provide a remedy for sin. God the Father had to give His Son to pay the penalty for our sins so He could forgive us. God the Son had to leave the glory He shared with the Father in heaven and become “manifest” in this world, so He could go to the cross and be that sacrifice. In other words, our sin is so serious that God had to come into the world and die on a cruel Roman cross in order to make forgiveness possible. There’s a lot of gospel truth packed into that word “manifest”!

Finally, our text tells us that all of this was “for you.” He (Jesus Christ) was foreordained and manifest “for you.” We might ask at this point, “Who is the you?” Well, our text continues on to tell us. The “you” is all those “who through Him (Jesus Christ) believe in God, who raised Him from the dead and gave Him glory so that your faith and hope are in God.” This is telling us that we cannot bypass Jesus Christ if we want God’s salvation. God’s salvation was planned from eternity past by God the Father to only be found in and through His Son, Jesus Christ. Jesus said about Himself, “ . . . no man comes to the Father except through Me” (John 14:6). And we read this in Acts 4:12: “Neither is there salvation in any other, for there is no other name under heaven given among men by which you must be saved.”

That’s the glory of this Christmas and every Christmas. God’s eternal plan for salvation came into the world. That plan was a person – the Lord Jesus Christ. And He accomplished salvation for everyone who would believe that He died for their sins and believe that God raised Him from the dead.

Does that describe the faith and hope you have in God this Christmas season? If so, you too see Peter’s description of Christ’s incarnation as solid Christmas gold!