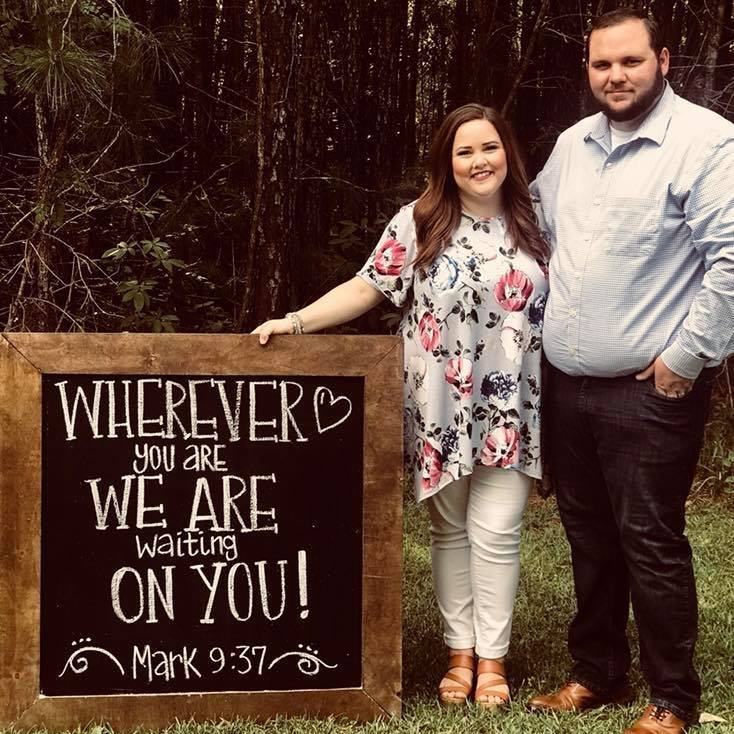 To answer a calling that the Lord has placed on your heart, is a scary but rewarding challenge. Among the many callings that He has placed on our hearts, is one that we both have had for several years that the time has finally came. In October of 2018, we became officially licensed foster parents through Alabama Baptist Children’s Home. The same day we received the news our application was approved and accepted, we received our first placements in the form of two brothers, ages 10 and 6.

But to rewind and give some back story, because this has been on our hearts for many years, we would have to go back to when we first started dating. Our names are Coley and Katelyn Johnson, I (Coley) grew up in Irvington, Al. My wife, Katelyn grew up in Bayou La Batre, Al, we  currently live in Grand Bay, Al and attend Friendship Baptist Church. It was actually during the summer of 2008, when we were still close friends, that Katelyn’s sister and brother-in-law were foster parents and later adopted a little girl. Through their journey we both saw a need and felt like God was telling us that this is what we would do someday.

To be licensed foster parents in Alabama you have to have been married for at least a year, be 19 years old and meet the rest of the criteria that could easily be found online. After three years of marriage, and meeting all other requirements, we felt like it was time. I’m not going to lie and say that I was not skeptical at first, this was a whole new adventure that would take both of us out of our comfort zone. But, once we started classes, my heart was reassured this was the right move for us.

We reached out to Alabama Baptist Children’s Home and Ministries, as we have had a representative speak at our church and we’re recommended to foster through them by multiple people. We started classes in March of 2018, classes were 10 weeks long totaling 30 hours worth of training. We met several other couples and a few ladies who also wanted to do their part in tending to this need. Through the children’s home you are offered a little more assistance in the form of your own social worker who is there for everything you need throughout the journey, counseling ( for you and the children) and most importantly a support system that you know is praying for you and these kids.

But back to our journey, so far anyway. We received our first placements on October 19th, as a set of 10 and 6 year old brothers. One week later we received our second placement, a baby girl straight from the hospital only 3 days old. The brothers were a short stay, as most ours has been, but at only 2 weeks they will have been our shortest placements so far. We quickly learned that saying goodbye would be the hardest part of it all, as expected, but even after just 2 weeks you can develop a relationship that you aren’t prepared to end all of a sudden.

So over a 2 week period we went from no kids, to 2 brothers with a newborn girl then was left with just the little girl as the boys went home to their mother. A little over a month goes by and a week before Christmas, we got our 4th placement in the form of a 2 year old boy about to turn 3. This was our first Christmas with kids in our care so as you could imagine we had a blast. Fast forward to now, at least as of the day this was written, we have had to say goodbye to the baby girl and 3 year old boy after 3 months each. Another little girl had came along for few weeks and now we have 3 brothers, a 4 year old, 2 year old and 5 month old. That brings our total to 8 children in 7 months.

We are often asked if we get attached to these kids, the answer to that is a definite yes. In classes we talked about how showing the love they need will ultimately lead you to become attached. It is difficult to say goodbye to each one of these kids, as they will always have a place in our hearts. It is our prayer that we were able to show them the love that the Lord has placed on our hearts from. As difficult as it is, it is also extremely rewarding and it’s something that everyone should have a role in. Maybe you feel like you are called to be a foster parent, but have been hesitant to go for it, I encourage you to at the very least get in touch with DHR or an agency like the children’s home and see what steps you need to take. Maybe you don’t feel called to be a foster parent, we do believe that not everyone is called to be full time foster parents. But as followers of Christ we do feel like everyone has an obligation to do what they can to help these children and their families. There are multiple ways to get involved. Respite care is a need that you could possibly fill, anytime that foster parents aren’t able to bring their kids on certain vacations or trips, they need licensed respite families to take in their children for a few days. We love the children’s home and our social worker, she and they are amazing and it would be much harder without them. So give them or DHR a call or ask us how you can get involved.

We ask that you keep foster parents, social workers, biological families to these kids and most importantly, these kids in your prayers. All these families need is a chance to get their life back on track and DHR tries to give them the resources to do so no matter what the situation is. James 1:27 Pure and undefiled religion before God the Father is this: to look after orphans and widows in their distress and to keep oneself unstained from the world.