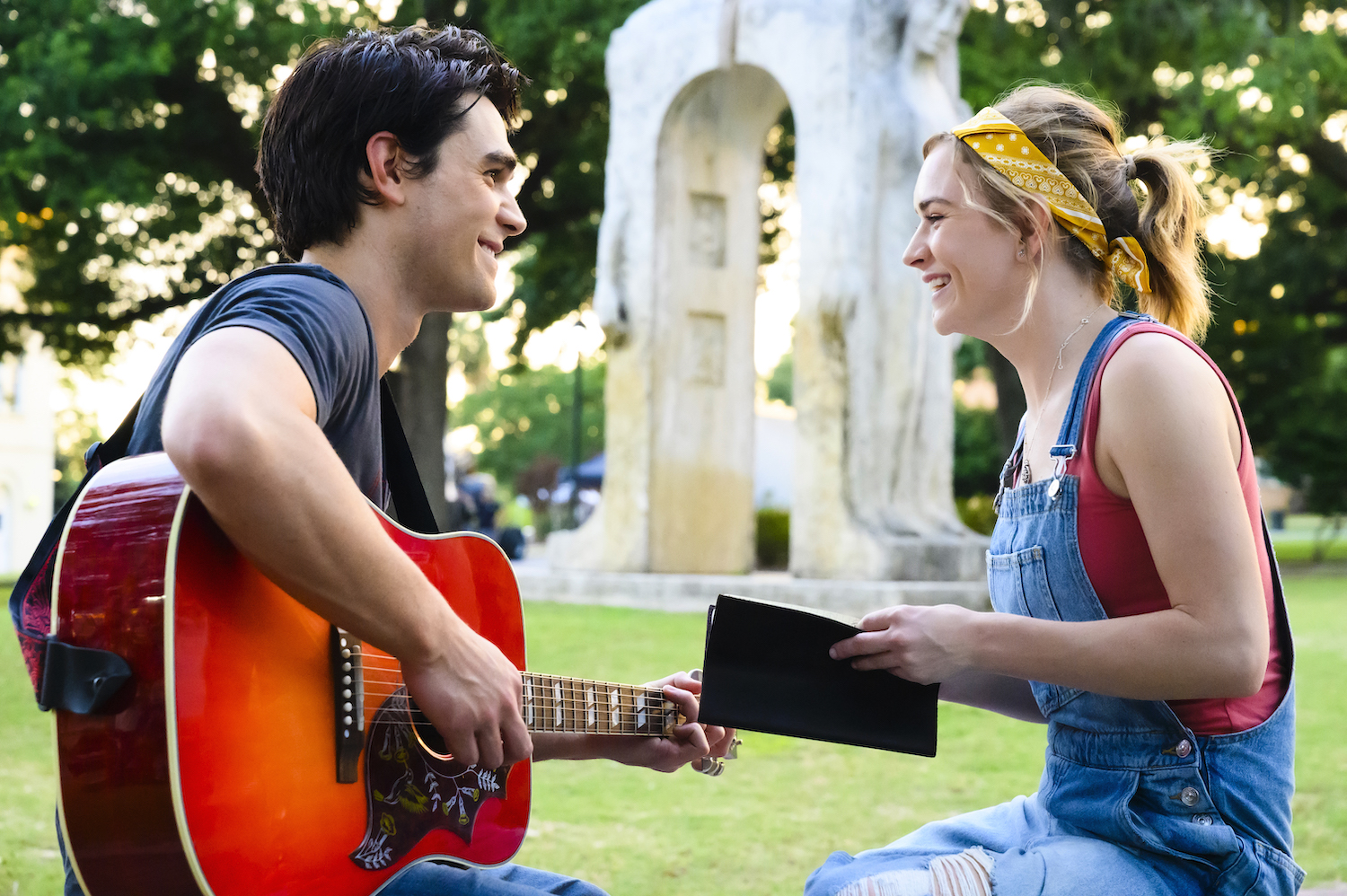 “One love can change your life; one life can change the world.”  That is the tagline for the upcoming film I Still Believe, based on the life of contemporary Christian singer Jeremy Camp and the relationship he had with his first wife Melissa, who died of cancer in 2001.  The film, which opens nationwide in theaters and in IMAX on March 13th, was shot here in Mobile and the surrounding areas, as “it had the landscape and topography we were looking for,” says producer Kevin Downes.  Downes, along with Jon and Andrew Erwin, produced the film, along with the inspirational movies Mom’s Night Out, Woodlawn, and I Can Only Imagine, which was the #1 box office grossing, independent film of the year in 2018.  The three created Kingdom Story Company, which partners with Lionsgate Entertainment to strive to create life-changing content from a variety of talented storytellers.  Those stories, Downes says, are what he has been drawn to for a long time.  He says his favorite movies of all time have been inspirational sports stories, mainly “movies that leave you at the end of the movie feeling encouraged and inspired.  When I go to the movies, I wanna be entertained, but if I’m encouraged and inspired in my own life, then that’s a huge win.  And so those are the types of stories that I love tot tell, true stories that showcase the power of the gospel and stories of the of the Bible.”  He says that they are passionate about telling these stories, and that the audiences seem to love them. Downes and his wife were attending a Jeremy Camp concert about eight years ago, and Camp was talking about Melissa and what they had gone through with her cancer and her untimely death.  Downes says he and his wife both had tears in their eyes, and she mentioned to him (or gave him the elbow, he says) that he should make Camp’s story into a movie someday.

Around the time he was filming I Can Only Imagine, he brought the idea for Camp’s story to the Erwin brothers, as he couldn’t get it out of his head.  He remembers telling them that they “really needed to dive in…and see what this story is all about.”  The Erwins loved the story, and they all decided it would be their next movie, undeniably, Downes says. Andy Erwin shared Lionsgate put all their resources behind them for I Still Believe and have come behind us like mainstream films but are allowing us to put our faith behind it. From the movie I Can Only Imagine, Erwin shared. “No one expected it to do anything, we had to self finance to put it in theaters and it was predicted to do very little, and it did 17 million across the country and went on to steam roll.” Sitting at a food court in Dallas, TX God allowed Erwin to see how cool to be a part of doing something special. Erwin said, “I’m not my films, I feel very called to tell the stories that really move my heart and this is satisfying in and of itself for an audience.”

Filmmakers from Birmingham Alabama, Erwin shared that they are the underdogs and that is something they did not want to forget because of the hard work they have put in to get to where they are today. On the subject of choosing Mobile Erwin said, “We feel passionate about staying in the South. When choosing whether to shoot in LA or in our own backyard, we will pick our backyard everytime. We also feel passionate about people we do movies for and don’t want to get absorbed by the system on a stage celebrating about ourselves.” Downes praised the Mobile area, indicating that the residents were very friendly, the food was great, and that he would love to film in the area again.  Besides Mobile, he visited Dauphin Island, where the wedding of Jeremy and Melissa was filmed.

Downes describes the film’s case as “well-rounded”, and they each deliver good performances.  22-year-old KJ Apa, a native of New Zealand and who Downes describes as a “talented kid with an old soul”, plays Jeremy Camp, and he did his own singing in the film.

Interestingly, Downes notes his favorite scene in the film as an intimate moment between Apa and Britt Robertson, who plays Melissa Henning Camp.  Without giving too much of the scene away, Downes tells that it makes the viewer see how much Jeremy loved Melissa: “KJ sings acapella, with no background music, just him and his voice to the camera, singing to her.  You see his heart poured into it, really beautiful, and it just presents this image that people will want to be loved.” I Still Believe is first movie get IMAX release and to 87 countries around the world.

Downes is very proud of how the movie came together and is sure that audiences of all ages will gravitate toward the film for its positive message.  “I think, whether you’re young or old, there is something in this movie for you, ‘cause we all have relationships in our lives, whether or not we’re married,” Downes says, “and this movie is such a visual example of how to love your neighbor and treat them in a way that’s often better than ourselves, and what happens

when we actually do that and serve one another.”  He encourages people to see the film not just for the sights and sounds of Mobile, but for the true story that resonates throughout the film. I Still Believe releases to movie theaters around the world on March 11 and will be the first faith based film in IMAX.

Info*Mark this article with *7023 to see the trailer and read online.