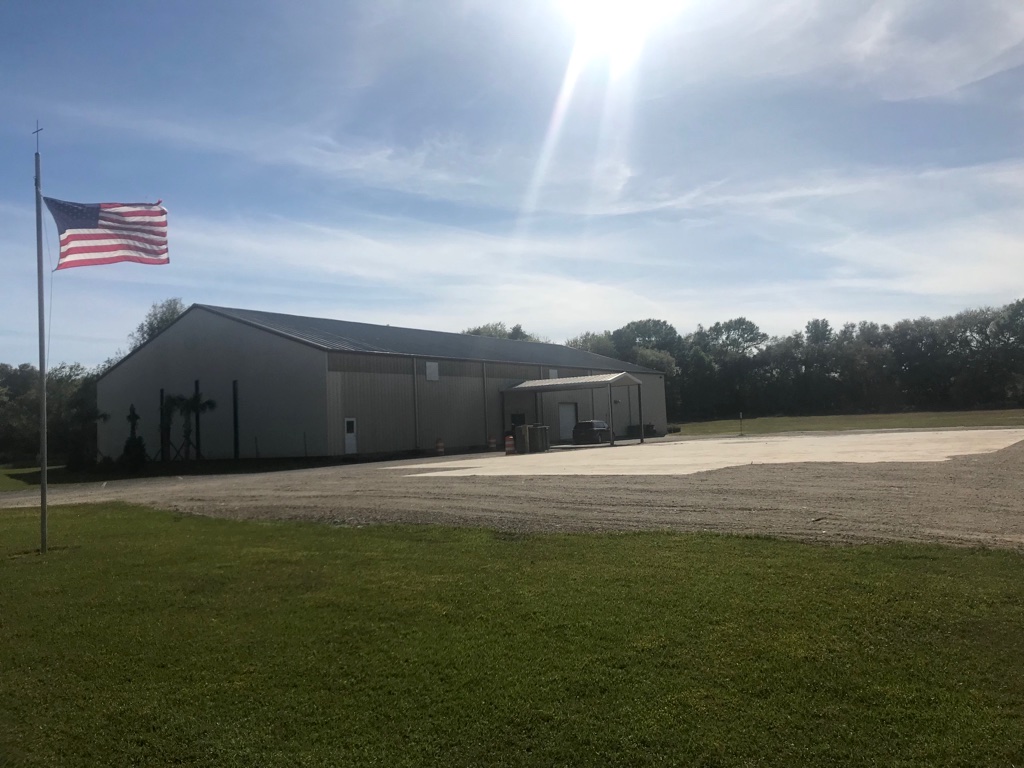 You will notice something different when driving between Four Mile Rd and Hwy 188 on Argyle road that has not been seen in 30+ years.  An empty space with nothing left but the foundation that sits adjacent from the Life Center at the Bayou la Batre Church of God. Going back to April 20th, 2017, Pastor Justin Driver had not yet been called as pastor of the church,  but was in town for an interview with the pastoral search committee as one of the candidates to be the potential pastor. Upon arriving he was met with a question from one of the church members, “So, are you going to bring the FIRE?” The church member definitely didn’t mean the fire that was going on outside but was trying to bring lightness to the situation at hand. Pastor Justin recounts that evening being very sad for him as church members would arrive weeping to see the flames engulf their church. Him just a bystander, and first trip to South Mobile County for an interview, would see fire and smoke destroy this church that he was interviewing to be the pastor for. The church would suffer a complete loss of the building and contents on that night, and after a long battle with the insurance company the church was finally able to begin deconstruction to the building last month with the help of Esfeller construction. Now sits only the foundation that once was the auditorium, offices, and youth rooms for the church.

Since the fire, the church made some changes to the Life Center that sits adjacent. Church services began and continue to take place where there use to be basketball courts, the banquet room was turned into the nursery, and other areas were adjusted to make ministry work in those spaces. If you are familiar to the church you will see there are two pieces of the old building that were salvaged. The doors were replaced with the glass doors from the burned building and the awning was salvaged to replace the breezeway that connected the two buildings. The great aspect of all is that the church family has not wavered through the trial of losing this building. As Rosa Zirlott said in our previous article about the church, “We are excited to see what God is going to do and we believe that in some way this may bring an already close congregation even closer together.”

Pastor Justin would explain, after being called as Lead Pastor, he simply wanted to love and help heal throughout that first year in 2017. Since then the church has seen growth and continues to be loved and heal through loss of their main auditorium and loved ones throughout his tenure there. In 2018 the vision of “Moving Forward Together” was cast and many of the things you see on Facebook, throughout the community, and within the church body has been an embodiment of that vision. Now with the burnt building gone the church family seemingly has a clean slate to start with.

The great thing about the Lord is that he has a way of turning what seemingly is a terrible situation into something effectually good. The weeping over the building that burned was warranted, but as new opportunity arises to erect a new building, or build on existing ministries, the church, with this “Clean Slate,” will have an opportunity to flourish in ways in which it would not have if the events of April 20th would not have happened. There are blessings in disguise and who is to say that this was not one of them. Continue to pray for the Bayou la Batre Church of God, Pastor Justin and his wife Cassie, and the church family and they lead others toward Christ. They continue to meet in the Life Center on Sundays at 10:00am and welcomes anyone in the community to come.