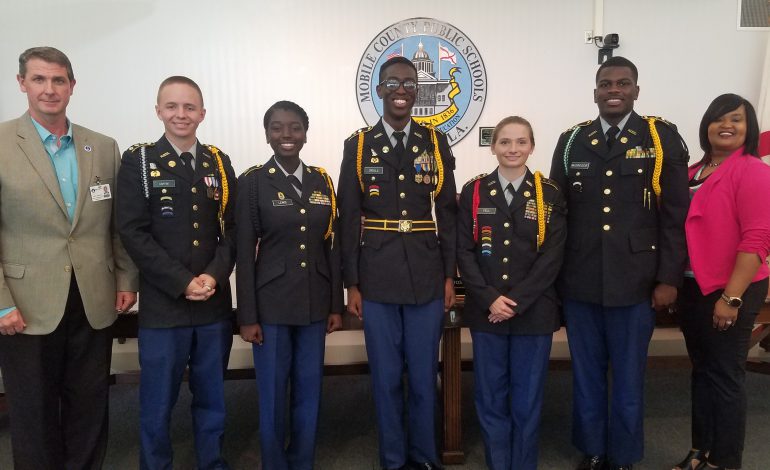 Charles Cartee of Bryant High is one of five cadets who have been chosen to serve on Mobile County Public Schools’ JROTC Brigade Command for 2018-19.

Cartee, who is already a member of the Army National Guard, was selected as Honorary Deputy Brigade Commander. “Nothing is strong enough to stop the human spirit,” he told his fellow JROTC students during a recent ceremony announcing the selections. “If you want something, go for it.”

The rest of the brigade command for the 2018-19 school year:

Two candidates from each of Mobile County Public Schools’ 12 high schools competed for these positions. These five cadets will lead a total of about 1,800 JROTC students throughout the district.