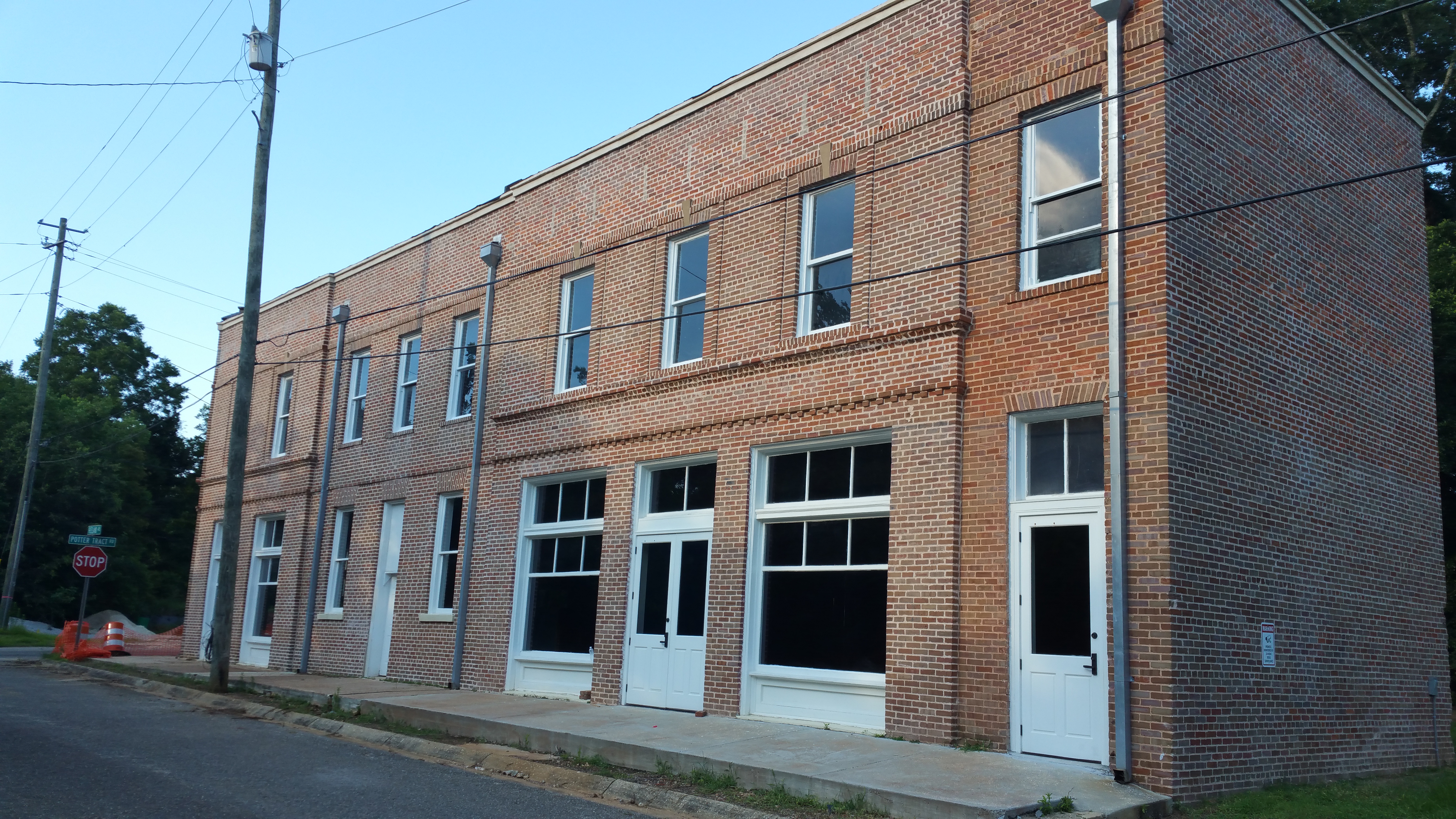 Gulf Coast Resource Conservation and Development Council has awarded Citizens For A Better Grand Bay, a non-profit civic organization in Grand Bay, Alabama, a $7,500 grant for repairs and renovations to the Grand Bay State Bank Building (c1913). The building is being renovated for a regional branch of the Mobile Public Library.

The grant was used to repair and replace windows on the west and north sides of 2nd floor and repair and upgrade the roof. The older window glass was retained wherever possible and the window framework and trim was repaired and painted by local contractor Clark Painting and Contracting of Coden. Roofing repairs were also made to divert rainwater to the downspouts more efficiently by Coulson Roofing of Theodore.

Gulf Coast Resource and Development Council has been very generous with funding of the Grand Bay Library Project, having given CBGB a grant at the beginning of this project to assist with the engineering and design plans, preliminary architectural schematics, presentations and drawings, with additional grants to purchase windows and doors and other items for the buildings renovation.

The 2nd floor of the 4,000 SF building was the site of the Grand Bay Masonic Lodge for over 50 years.  A variety of retail businesses also got their start in the building, Among them were Webb’s 5¢ & 10¢ Store and Azalea Real Estate Agency. Most recently the building was the location of a museum, where treasures of The El Cazador, a Spanish brig that sank in the Gulf of Mexico in 1784, were reclaimed and displayed.

When completed the Grand Bay Library will serve not only the residents of Grand Bay but also the surrounding rural areas of Dawes, St. Elmo and Irvington, approximately 25,000 people who also lack easy access to public libraries.

The Grand Bay Library Building is being renovated in phases. The 105 year old solid brick structure has recently been stabilized with additional roofing trusses, exterior and interior brick repointing and sealing, and new windows and doors.

Final renovations to the building will begin in the fall of 2018 and will be funded by the Mobile County Commission.

The projected opening of the Grand Bay Library is the spring of 2019.