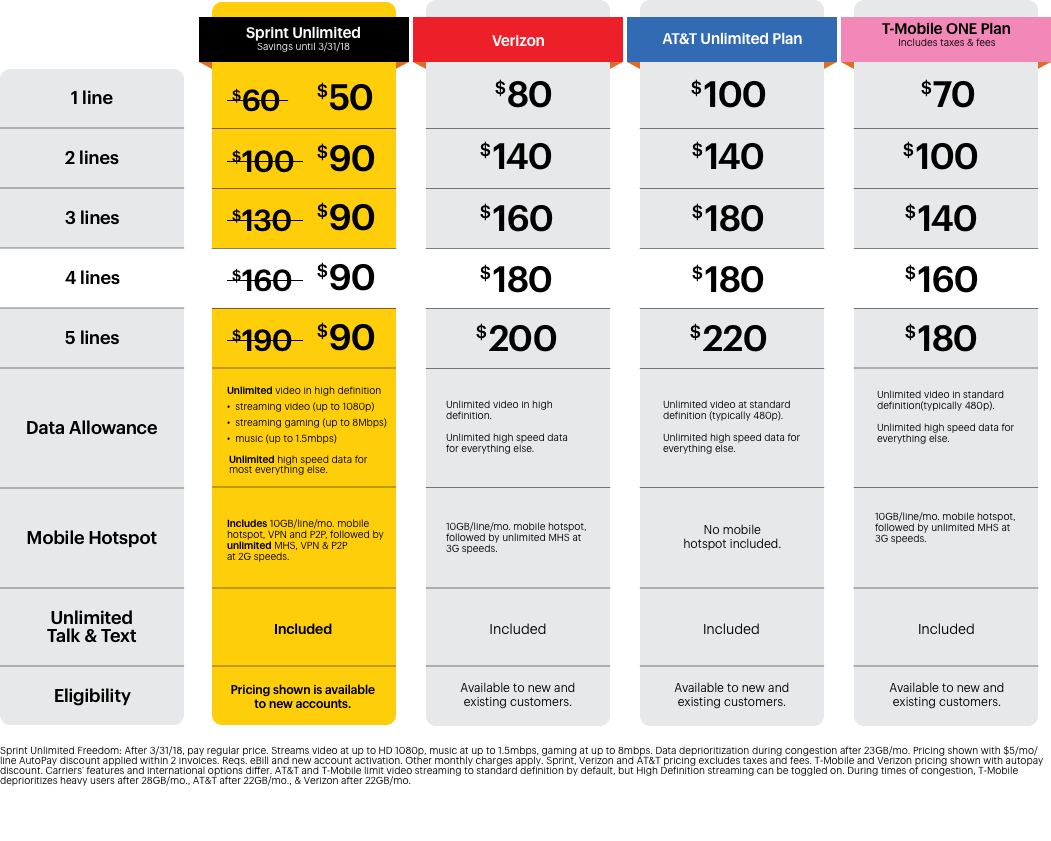 Recently the big four cell phone companies, Verizon, T-Mobile, AT&T, and Sprint have begun offering unlimited data on their networks. Cspire another big local company that is based out of Mississippi has also offered unlimited data to customers. With all these companies competing with one another there are some really good deals that have been offered. A chart below shows the current unlimited plans (as of 2/22/17) that the big four cell phone companies offer. The Cspire unlimited plan is shown below that chart. Now that you can see the prices compared to one another the question is who has the best service in South Mobile County.

One mistake many will make is not doing the proper research before going to one of these companies and getting roped into a plan and phone that you cannot use at home or in your community. For the sake of argument this article will not focus on the phone plans but on the coverage of the companies.

First is the local company, Cspire. As mentioned above they are located in Mississippi and have amazing coverage in the entire state of Mississippi. They have recently branched out into Alabama more and have plans in the future to continue. Be careful when you hear a company’s “plans for the future” because that is a pitch they will throw at you if there is not sufficient coverage in your area. Cspire for the most part does well in South Mobile County. Much of their data coverage is limited to 3G but there are areas that will have LTE.  You can run into dead spots that have zero data coverage and very limited voice coverage.

If you are considering the cheapest company, of these that are mentioned, Sprint is definitely your best bet at the moment. The only problem is you get what you pay for. Currently they have very limited and in most areas zero coverage for data or voice in South Mobile county. Once you get into Tillman’s Corner and Mobile the coverage does much better but below I-10 you will be hard pressed to find anything consistent. If you have WiFi at home, you can use that to make calls if you have certain phones.

The next in line is T-Mobile and they offer some extra features like mobile hotspot data and a standard flat price. What you see is what you pay with T-Mobile as taxes and fees are included in the pricing. T-Mobile has recently put an LTE tower in South Mobile near Bayou la Batre but they still have limited LTE throughout the area but 3G is offered in most areas. As far as coverage is concerned compared to the others they are similar to Cspire more than the others.

Verizon and AT&T have the best coverage in South Mobile county but prices are the highest on the chart. You may find areas where there are lower data speeds but far more than the others LTE is available on both networks. Verizon offers some features just on their network as does AT&T but both are the top two of the five mentioned.

Choose wisely because if you purchase a new phone on a payment plan you must pay for the phone in full if you want to switch companies. If you do plan to switch to another company that offers incentives, make sure to read the fine print. Understand what you are purchasing before signing a contract with any of these companies and do not hesitate to ask questions. These plans are subject to change at any time as well as eligibility. 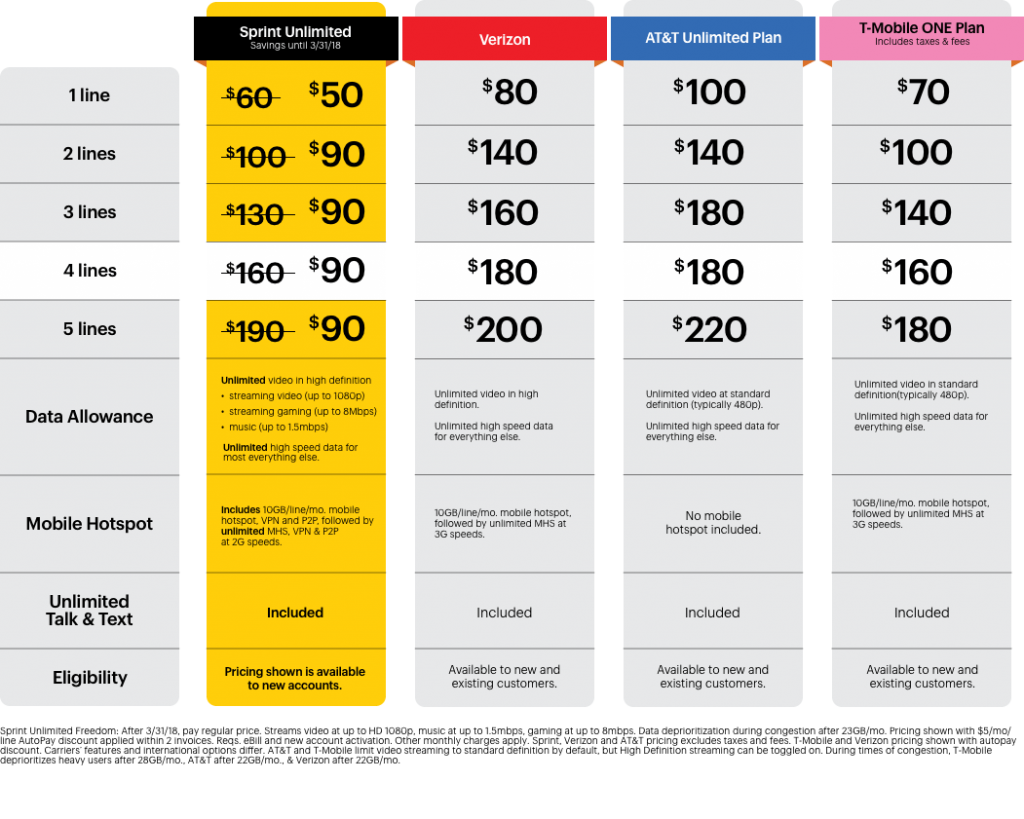