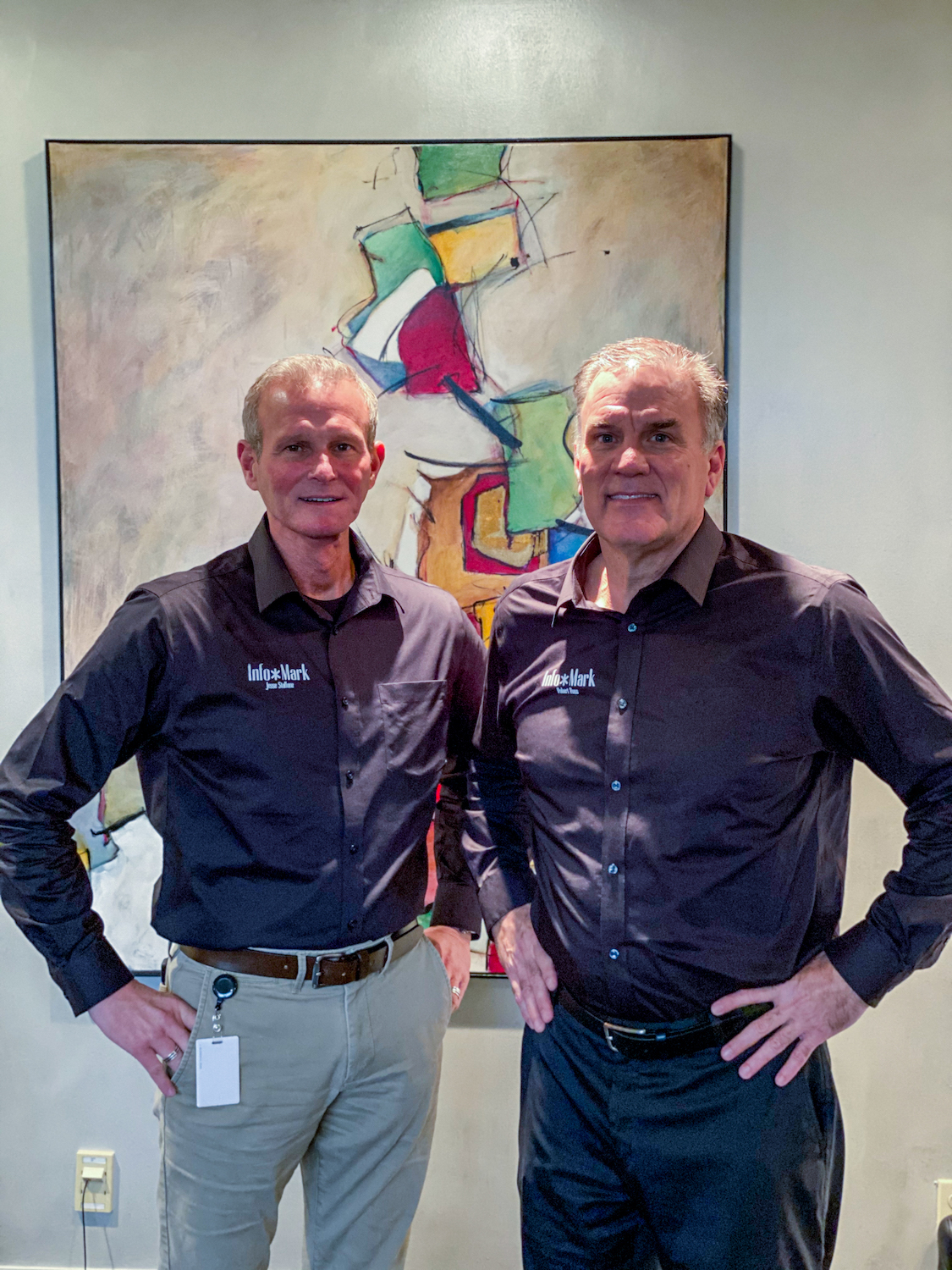 The Spark that began the InfoMark

The Every great idea is birth from a problem. Johannes Gutenberg faced the challenge of limited information because printing was tedious and done by hand; thus, the mechanical printing press was born. Steve Jobs created the iPhone because we were not getting enough out of the experiences we loved and wanted to make them better. Robert Ross’ Spark started at a conference that focused heavily on QR codes.

As you may know, QR codes are all around us, but there is still a hesitation for mass adoption to occur with them from many because of the complexity. At the conference, QR codes were pitched to be the future of access from print to digital, but Ross didn’t buy it. That’s when the Ross, the President and CEO of Xante Corporation based in Mobile, AL, began thinking; there can be something better. An entrepreneur at heart with the street smarts of the Parkway upbringing, Ross envisioned what would become to be known as InfoMark. Xante, the parent company of the InfoMark app, has been a staple of excellence in the Mobile community and around the world for printer manufacturing under the leadership of Ross. With multiple locations home and abroad, the reach of Ross’ company goes far, and far enough to reach an old pal from Grand Bay, Jesse Stallone. Stallone was born and raised in the Grand Bay Area to George and Betty Jackson and expressed a desire to his friend Ross to ‘come home’ as he was living in Texas. With Ross’s focus in mind for InfoMark and Stallone’s experience in that field of technology, it was precisely what was needed for the stars to align for InfoMark to be born. Since that time, InfoMark under Ross’ focus and Stallone’s, now president of InfoMark, leadership has grown to have a full development team comprised of some of the best in the field around based right here in Mobile, Ala on the campus of Xante. Though the fundamental mission of InfoMark shares similarities to the QR code with bridging the gap between print and digital the innovation offers so much more in more simplistic manners.

InfoMark is a revolutionary way to discover and share relevant information quickly and is accessible to anyone with an internet-capable device. No more sifting through hours of search results to find what you need, InfoMark simply offers a way to exchange that information quickly. An InfoMark is identified with a star  *️ followed by a shortcode of four characters; for example, CNCT. With just that one mark, you can link people to one location that has information in 13 different formats, including but not limited to photos, PDFs, Videos, URLs, and audio recordings. InfoMark is here to help grow your business and can be a game-changer that will completely innovate the way virtually every industry communicates with its audience. Bring your publication to life with InfoMark and to start begin with The Connection Paper InfoMark CNCT. Our InfoMark links to various information and digital issues of the magazine quickly by either going to www.infomark.com and keying in CNCT or simply downloading the free InfoMark app and typing in CNCT. Want to create one for yourself? Download the app and create a free InfoMark for yourself and begin your journey into the future. Info*Mark this article with *1QH7