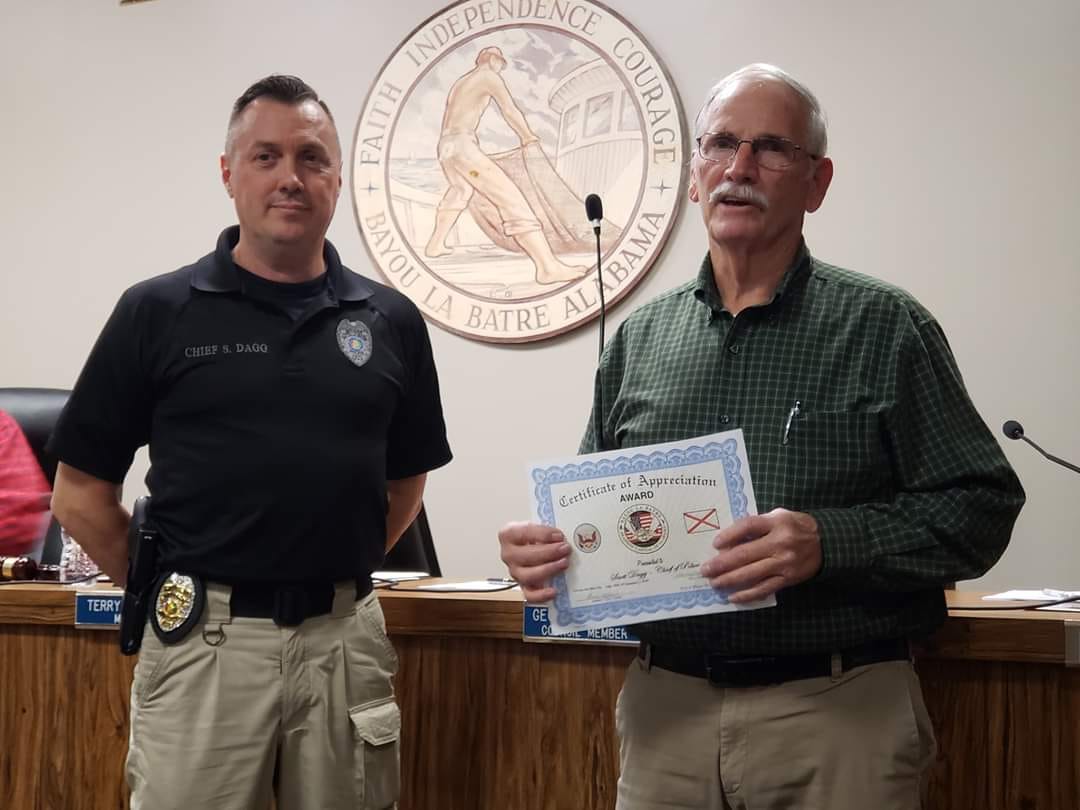 Congrats to the Bayou PD

At the January 6th City Council Meeting, Chief Dagg with the City of Bayou La Batre Police Department presented a Time and Service Recognition Award to Reserve Officer Greg Monty. Officer Monty has served the City of Bayou La Batre and its residents since January of 2012. Thank you Officer Monty for your service to our City and surrounding communities!