LATEST ARTICLES
GMT-6 03:40
Home Alma Bryant Down on the Bayou 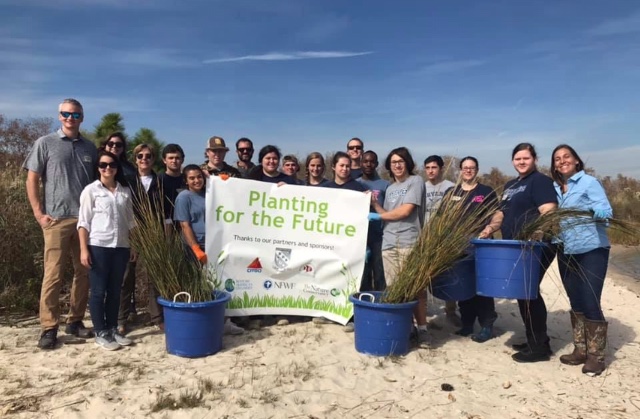 Down on the Bayou

Shoreline restoration work is continuing at Lightning Point in Bayou La Batre with the assistance of students from the Alma Bryant Marine Science Department. The multi-million dollar restoration project includes the installation of several jetties and shoreline reclamation. Pamela and Charles Baker serve as the instructors of the Alma Bryant Marine Science and Aquaculture program. The Planting for the Future project is sponsored under the direction of the Nature Conservancy. Marine Science students are collecting seeds and plantings in the area to take back to the aquaculture program at Alma Bryant to be grown for future replanting projects at Lightning Point. Funding for the project was awarded through the Gulf Coast Restoration Council following the 2010 oil spill.

Congratulations are also extended to the Alma Bryant High School Girl’s Bowling Team for finishing out the season as the 2019 Area 1 Regional champs. Under the direction of Coach Austin Barbour, the team will move forward to the state competition.