LATEST ARTICLES
GMT-6 01:46
Home Grand Bay A Champion On And Off The Field 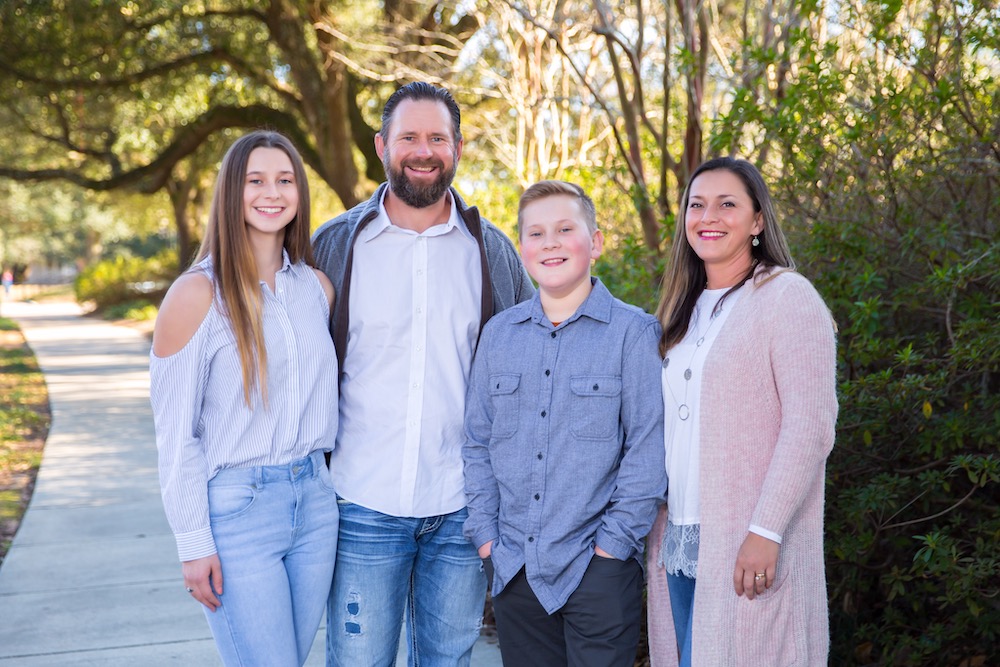 A Champion On And Off The Field

The harder the battle the sweeter the victory. It hasn’t always been sunshine and rainbows for Bobby Henley, now World Series Champion with the Washington Nationals win this past October against the Houston Astros. His road to becoming a champion started early on in Grand Bay, Alabama.

Bobby is the oldest son to Chris and the late Bob Henley of Grand Bay, Alabama. Both of tall stature Bobby shared the unique story of a Westpoint Mississippi boy meeting a St. Louis Missouri girl in Los Angeles at the Ms. Tall USA Pageant. Bob would ask her to dance and the rest would be history as they would make their home in Grand Bay. Both were school teachers so Morning Breakfast had to be quick as both were school teachers, Bob teaching Math and Chris elementary, so the menu was Oatmeal or Cream of Wheat. Financially all the needs were provided, some wants, but mainly, as Bobby would say, what he wanted was to not get a whooping from his daddy.

Baseball was a part of life but not at the expense of church time. This was a time when no one would dare practice or play on a Sunday or Wednesday so those times would be spend in the church house for the Henley’s. Sunday morning, Sunday night, and Wednesday night, and if there was a revival every one of those nights were spent at the church. That is how the Henley family rolled and that is one of the aspects of his early life that helps give Bobby his passion for the Lord now.

Baseball would start at a young age for Bobby but a shift would come when he noticed the catcher having all the fun. Bobby started out in Dixie Youth as a pitcher and a short stop but would sit down next to the catcher in between innings and desire to be involved in every play like the catcher was. After asking his dad if he could switch he would finally get the chance and that is where the rubber meets the road in Bobby’s baseball journey.

Catching, as with almost anything else, was a learned attribute for Bobby. He spent many days at South Alabama learning fundamentals, watching TV with his dad, watching others, and practicing to try to be the best he could be at that position. Park ball would turn into School ball at what was called Mobile County High School (now Grand Bay Middle School) and Bobby would play there from 10-12th grades. Doing exceptionally well the Montreal Expos organization would draft him, but playing professional ball wasn’t an instant transport as some would think. Selected in the 26th round in the 1991 Bobby would be available to play college ball with the Expos owning the rights to be able to sign him for one year and would sign to play with Okaloosa-Walton Community College (now Northwest Florida State College) for one season.

After the year of college the Expos would exercise their right to draft Bobby. Everything seemed to be on the up and up. The track to the major leagues were set. Rookie ball, New York Penn-league, and then the Burlington Bees. This is where doubt begin to set in. The manager came to Bobby and told him that he would be playing as the third catcher. Bobby explained, If you know anything about baseball if you are told to be the third outfielder you are probably going to have a position, even if you are told to be the third infielder you will play, but being told to be the third catcher means you are not going to play. A call home to dad was made and Bob could hear the discouragement in Bobby’s voice over the pay phone. Bob told him, “Son you sound whooped, why don’t you just come home and I’ll get you a job at the shipyard, or you can do something about it.” Bobby stated that is exactly what he needed, a kick in the rear, and from that point forward, no matter if he was catching balls in the bullpen or catching batting practice he would do it just like it was a real game to the best of his ability to show the coaches that he was ready to play.

Not long after Bobby would be given the job of hitting DH every game, when the team wasn’t doing very well. As mentioned Bob and Chris were very involved in their church and they sent Bobby a cloth that they prayed over to put in his back pocket in case he would get a chance to play. And as the games came Bobby would get a couple hits every game, continue doing well, and ended up being the league leader in hitting. With that he got into the All-Star game, had enough home runs to be in the home run derby and won the MVP by getting an RBI on a bloop hit to win the game. The most unlikely player becomes one of the top players in that league. It shows that hard work, faithfulness, and steadfastness pays off in the long run.

In 1998, Bobby, made it to the major leagues with the Expos. He hit .304 with 35 hits, 8 doubles, 3 homers and 18 RBIs. On September 25, Henley had a game to remember in his brief major league tour that consisted of just 132 plate appearances. He went 4-for-4 with two doubles and three runs batted in against the St. Louis Cardinals. In eight seasons in the minor leagues, Henley hit .275 with 451 hits and 51 home runs in 495 games. After the eight seasons injury would occur on his shoulder and would cut his career short.

Never in his wildest dreams would he thought he would be a big leaguer. His hopes were maybe that a college team would sign him, but to be a big leaguer and to be successful and then it be taken away with an injury Bobby stated that it was devastating and a point that he was at in his life with the Lord where he was questioning God, “What is all this about Lord?” With a wife and daughter now, a decision had to be made. Praying, “God whatever you want with my life” an opportunity was presented and Bobby would rejoin the Montreal system in 2003 as manager of the Rookie-Level Gulf Coast League Expos. For Bobby this was starting all over at the bottom of the barrel in a new career.

Unbeknownst to Bobby, God orchestrated this opportunity from a young age with the devotion of his father Bob and mother Chris to the Lord, to their teaching careers, and to their parenting. All of those characteristics would help Bobby teach the up and coming players get ready to be a champion in the major leagues; names like Steven Strasburg, Bryce Harper, and Anthony Rendon. Bobby stated, “Their relationship with academics and how to develop kids in education helped me years to come to develop talent in the minor leagues, communicate to people, and such. Watching their example and learning from their love.”

The journey of Bobby’s career would bear similarities to the World Series run for the Washington Nationals. With 19 wins and 31 loses and a less than 1% chance to win the world series, talks of everyone getting fired, players getting traded Bobby uses it now as a sermon, “I start thinking about our life, at some point in our life we are 19-31 and everything is against you, and what do you do? Do you tuck tail and run or do you press on and focus on what the the Lord has for you. When you talk about never giving up, trials of small town, late round draft pick, just wanted to play baseball at a higher level then where you are, fighting for playing time all the time, career gone after injury, start at low level of coaching, working your way up, while still being the missionary for the Lord sharing God’s love with people, and to be 19-31 and fight through all the adversity to win the World Series I do believe that our World Series win reflects my journey and that is why it is so special to me.”

Being a champion on the field has it’s perks but being the champion off the field has it’s rewards and one of the most special rewards was getting “text mails” from his daughter before the games. Bobby mentioned that Anna, his oldest child, would send scripture verses before each game and those were more special than anything, and he knew something special was going to happen because of it. Bobby shares that it is about doing your best, even spiritually, not that works will get you to heaven, it’s about the blood of Christ, and he died for us because he loves us, and that love should be given to other people and do our very best at it. God has blessed Bobby with a wife (Catina), and two beautiful children (Anna & Joe). Bobby and Catina lead The Henley Foundation and have been faithful in donating back to the place where Bobby started ball in Grand Bay. Bobby and his family reside in Grand Bay and are faithful members to Friendship Baptist Church.