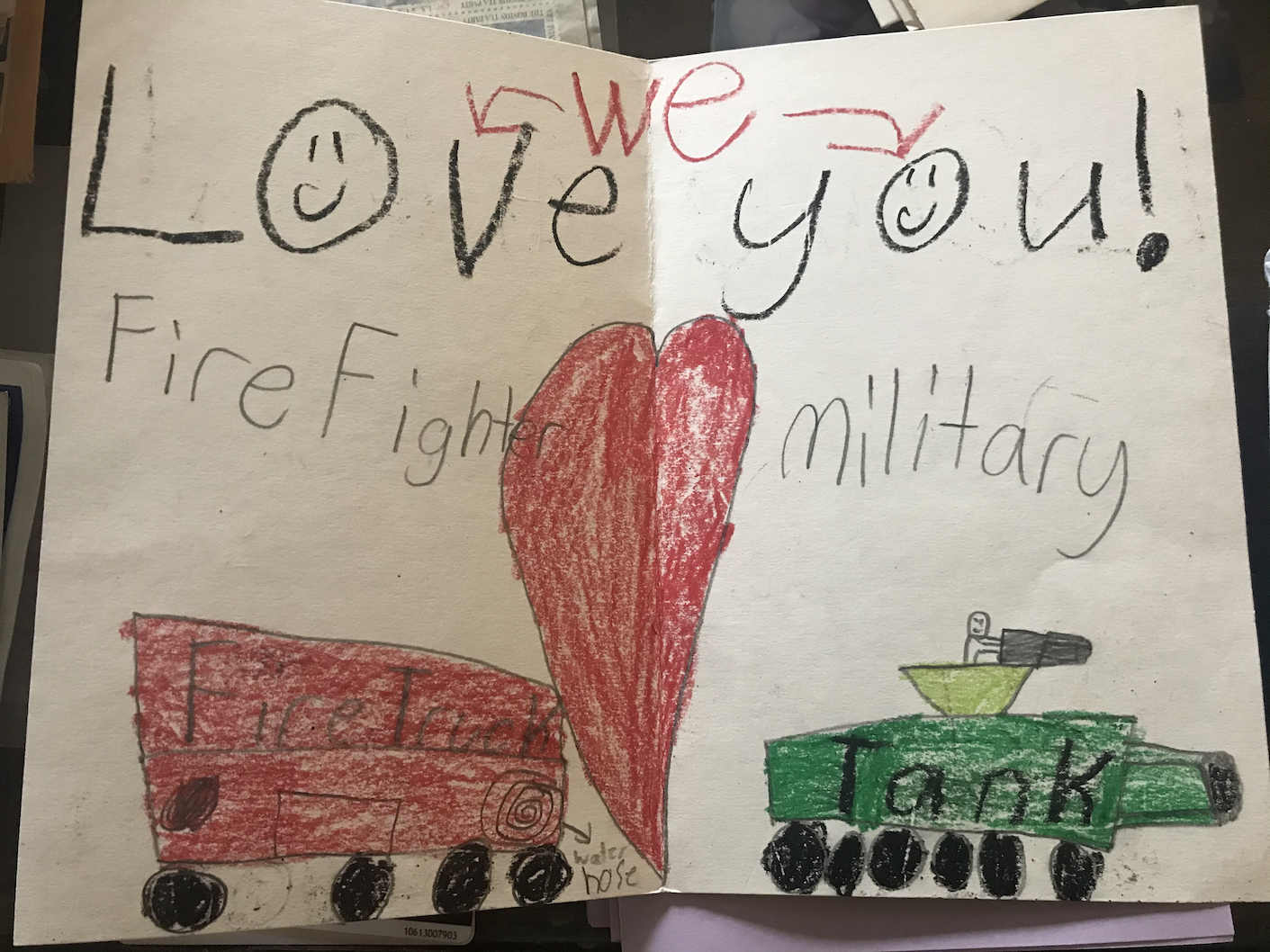 WKRG was the first news outlet to share the requests from Korean War Veteran and Retired Mobile Fire Fighter. Back in early October, Coden resident George T. Johnson shared with his daughter that he would like birthday cards from all around the area and WKRG got wind of the news and shared it on their Facebook page. His 91st birthday was on October 13th and as the date came closer the cards begin to arrive in his mailbox, but they were not just from the WKRG area. Some of the cards that Mr. Johnson received was from all the way across the nation. Handmade cards from kindergarten classes, cards from other veterans, and cards from family and friends totaled over 800 at the last count. Mr. Johnson shared that he would have liked to hit the 1000 mark but was thrilled to see some of the cards that came in. Along with those cards the Mobile Police Department sent him badges that are pictured below.

While visiting with Mr. Johnson he shared mostly of his time in Korea fighting near what is now the DMZ (Demilitarized zone). Upon being drafted to go fight in the Korean War he had a baby girl on the way that he was not sure if he would ever meet. Thankfully he was able to come home after the war was over and meet his one year old daughter. Mr. Johnson vividly remembered the time he spent in Korea which was almost 70 years ago and stated that you just cannot forget the things that he saw while over there.

Along with the 800 plus cards that fill his coffee table sharing with him gratitude of service and celebration of his 91st birthday he is now surrounded by family that cooks for him on a regular basis and enjoys spending time hearing stories of old. Pictures of his family fill the living room and old photos of service and grandkids are laid between the glass top on the coffee table. He wanted to assure everyone that sent cards that he has read every one of them, with some of his favorites pictured here. Mr. Johnson was very proud to share of his family and his service and at the end of our visit allowed me to take a picture of him with his sports coat pinned with his service metals.

From the bottom of our hearts here at The Connection Newspaper and speaking for many in our community that sent Mr. Johnson a birthday card we want to thank you for your service both in the military and during your time as a firefighter. Thank you Mr. George!