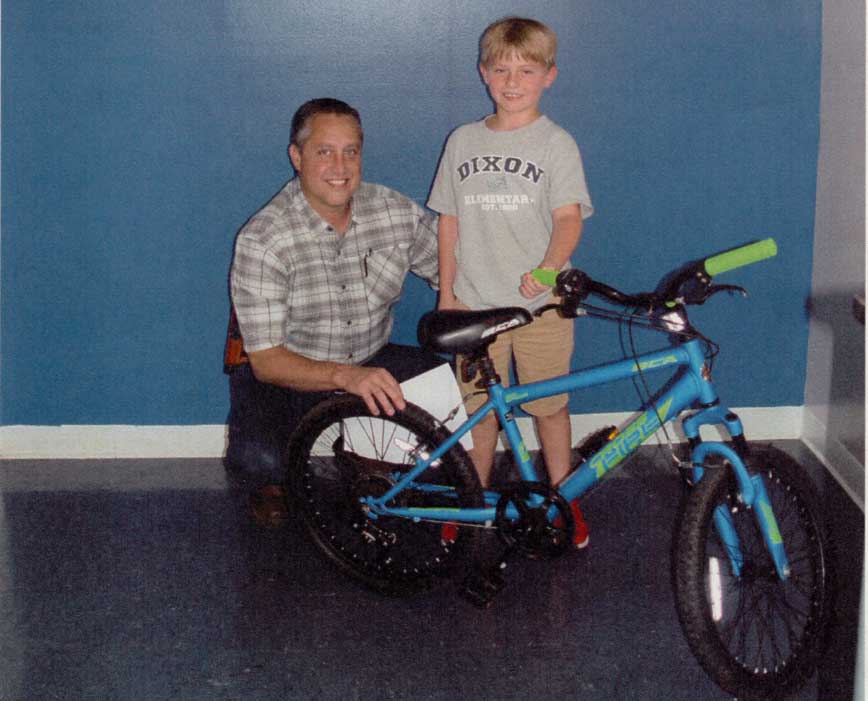 Service Above and Beyond

If you spend much time on the airwaves of media and politics, you may get the sense that only the big fish count. In a world inundated with politics, changing policies, and negativity, it is nice to hear a story that warms your heart every once in a while and increases faith in those that we should have the most faith in our communities. This is a short story of a boy named Levi and his bike.

Technology may be at the forefront of a wish list, but for ten-year-old Levi, a bicycle is what he wanted, and that is what he got. A brand new Cross Fire bike was given to him by his grandfather Jimmy Bosarge, but on that same day, this story turns sour. After giving it a ride and enjoying it for a day, Levi went out to ride his bike more only to find that it was not in his yard anymore. The hunt went on, but no one knew where the bike had gone, and that is when the call to the Bayou la Batre Police Department was made.

As some would speculate a case like this would get put on the back burner with other significant crimes happening, but this was not the case for Detective Morrow of the Bayou la Batre Police Department. Detective Morrow, he kept a picture of the bike in plain view in his office so every time that he would step in his office, he would see Levi’s bike that was still missing. Time would pass, and on a call, Detective Morrow stumbled upon his first clue to finding the bike, it was the bike’s frame. No tires, no handlebars, just the frame. This would seemingly make one feel defeated as the whole bike was not found, but that did not deter Detective Morrow from giving up on bringing Levi’s bike back. A little more time would pass, and on another call, there would be more clues and after some investigating Detective Morrow would find all the missing pieces to the bike, the only problem, it was torn apart.

After getting all the parts back to the police station and thanks to some locals and others in the department they were able to put the bike back in working order just like new. That’s when the call was made to Mr. Jimmy, the grandfather, to bring Levi up to the station because they had a surprise for him. Upon arriving, Chief Adams and Detective Morrow got the bike ready, and as soon as Levi walked through the doors of the station, he was greeted with the bike, all together, just like when he received it.

In a day in age that big crimes get the headlines, it is nice to share a story of the heartfelt work of a diligent detective. Thank you to the Bayou la Batre Police Department in their work to find Levi’s bike as well as their service twenty-four hours a day, seven days a week, to keep our streets safe and to serve our community with their lives. Next time you see one of them, give them a big thumbs up.