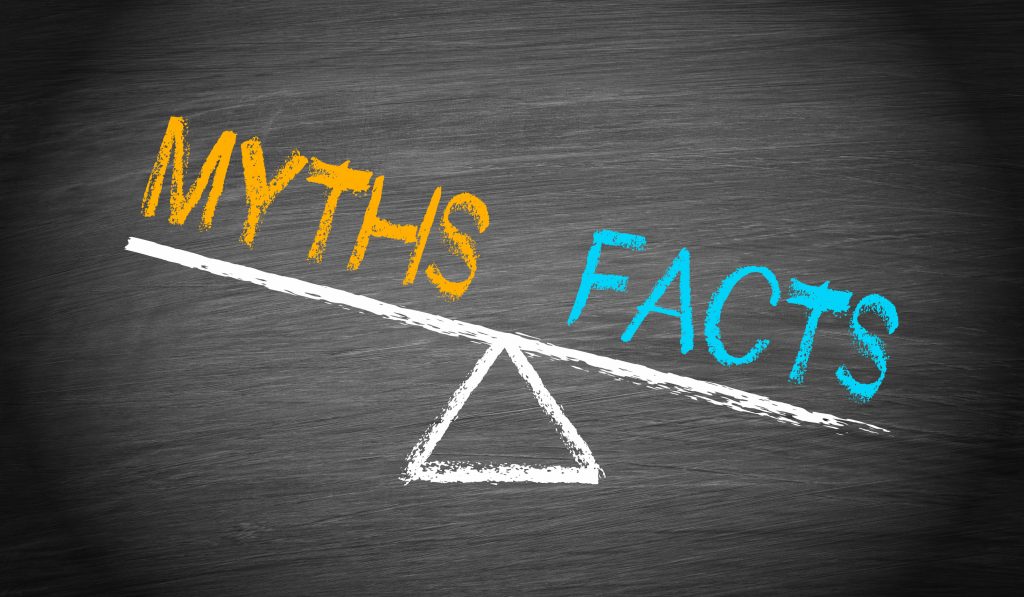 There are so many myths about Substance Use Disorders and treatment that it’s hard to cover them all within the space allotted.  Consequently, only some of the most common myths will be addressed and any additional questions can be forwarded to the above email address.  The following are some of the actual myths made by various individuals.

Myth: “Drug addicts all use heroin and needles.” Fact: The southeastern portion of the U.S. is infamous for pharmaceutical abuse whereas the remainder of the U.S. lists their primary opiate of abuse as heroin.  Furthermore, Gulf Coast Treatment Center’s (GCTC) studies of admitted individuals, as well as the American Association for the Treatment of Opioid Dependence (AATOD) has shown that the most common method of use is by mouth.

Myth: “Drug addicts live on the streets.” Fact:  GCTC’s admission data positively correlates with AATOD’s national study on most items including higher rates of males and lower rates of minority ethnicity levels.  The average client is a 35-39-year-old Caucasian male who is employed and married.  However, they can’t possibly make enough at the average job to pay for their daily habits (often costing from $150 to $1000/day).  Consequently, many lose their jobs, families, and homes before ever reaching out for recovery.

Myth: “12 Step Programs are cults.” Fact: 12 step programs such as Alcoholics Anonymous, have been around over 75 years and have helped countless numbers of people.  They foster honesty in recovery in a loving caring atmosphere.  Twelve Step programs are a legitimate weapon in the fight against substance use.

Myth: “Methadone gets into your bones and teeth and rots them.” Fact:  According to years of research, methadone does not “get into your bones” or cause harm to the skeletal system.  Some methadone patients report having aches in their arms and legs, but this is most often explained by a lack of being regulated on a proper dose.  Secondly, research once again has shown that it doesn’t rot teeth.  There are, however, a couple of explanations for individuals who are on methadone to have teeth issues.  Most active opiate users don’t pay a lot of attention to oral hygiene by brushing their teeth daily and visiting the dentist twice a year for cleanings.  Consequently, it is the cumulative affect that the lack of care has on teeth that is the cause.

Myth: “Methadone causes drowsiness and makes people nod-off.” Fact: Patients on a stabilized dose of methadone will not feel any drowsier than someone who is not on methadone if they are not combining substances.  Combining methadone with any other medication or substance is dangerous and should be addressed immediately.