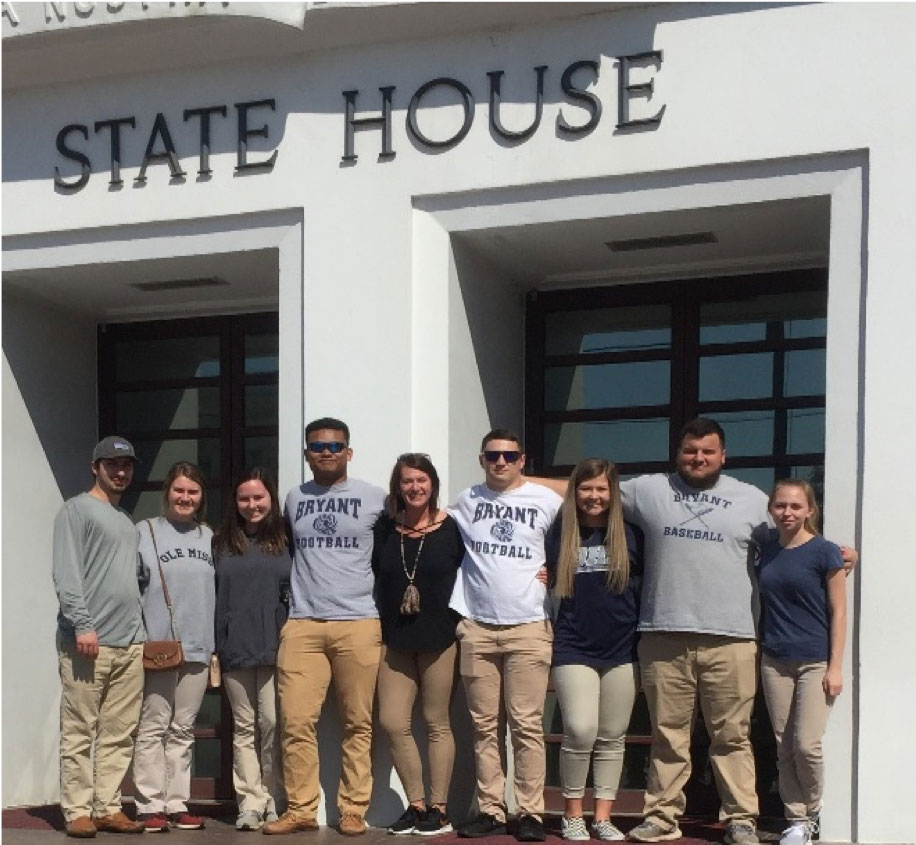 Numerous volunteers from the Organized Seafood Association, the Bayou La Batre Chamber of Commerce and Alma Bryant High School joined together on March 20, 2019, to prepare a delicious seafood dinner for Alabama Governor Kay Ivey and other legislative members of the Alabama Senate and House of Representatives. District 35 State Senator, David Sessions, and District 105 Representative, Chip Brown addressed the crowd of 300+ dignitaries. The annual dinner is a favorite of the governing officials, and many compliments were received from those attending.  Participating students from Alma Bryant High School also visited the Alabama State House and observed the Alabama Senate in action.

Alma Bryant High School celebrates 20 years during the 2019 Walk for Hope on May 3rd. All graduating classes, 1999 – 2018 are invited to return and reunite with your former classmates, teachers and staff members on the BHS Football field. Each class will have a specific tent and designated area, and we hope to have every class represented. Please share this information with everyone!  We need a great turnout from #CaneNation!

The overall theme of the Walk of Hope this year is “Disney.”  We hope to see lots of characters and activities there to entertain everyone participating in raising funds for a great cause…cancer research.  The ABHS Student Government Association is heading up the annual walk and teachers from the ABHS 21st Century Community Learning Center program will be assisting with the reunion group activities.

Classes are also invited to participate in “Flavors of BHS,” an Iron Chef-type competition. If you would like more information about your classmates’ plans for the celebration, please contact Mrs. Sherry Hart at shart@mcpss.com, or you may contact, Annette E. Johnson by phone at 251-454-4417. If your class has a committee already formed, we would love to hear from you so that we can share the info with everyone.  We hope you make plans to bring your entire family as there will be plenty of activities for kids including inflatables, a dunking booth, & various forms of entertainment.