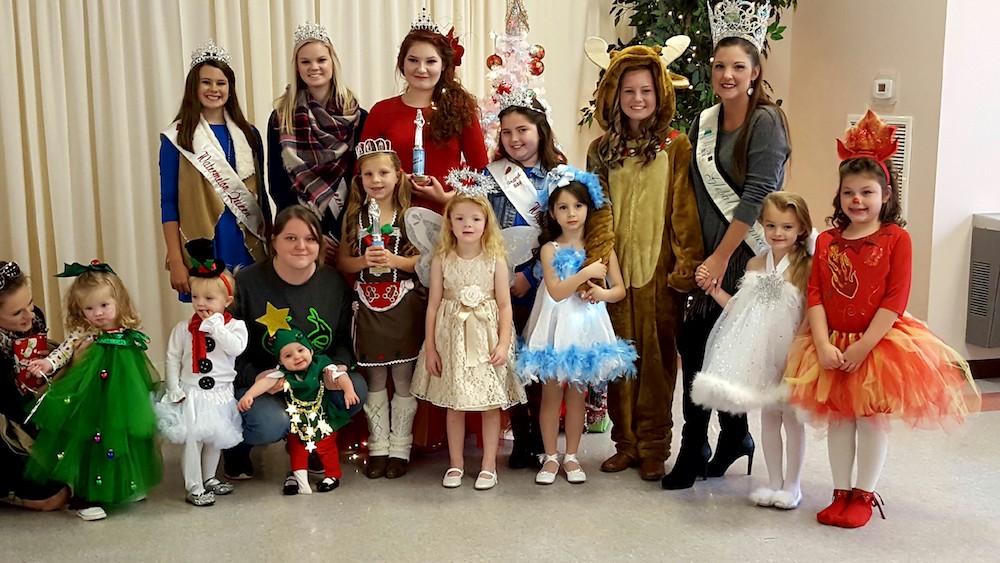 Grand Bay’s Country Christmas, coordinated by the members of Citizens For a Better Grand Bay, began on Friday December 2nd with songs and dancing by the Alma Bryant Musical Theatre and the arrival of Santa Claus on the Grand Bay Fire Truck. Santa lit the Christmas tree and gave out special gifts to all the children who attended. Gifts were from the St Nick Program, sponsored by local businesses and friends: Tom’s Barbershop & Antiques, Azalea Real Estate, April McLeod, Tom Mize, The Martha Rebekah Lodge #29 and Ozzy & LJ’s Restaurant. The train ride to Santa was sponsored by Small Wonders and driven by Santa’s Helper Tracy Wright.  Friday night’s children’s events and games were coordinated by Ann Bennett, Amber Cherry and Angela Andrews.

The Spectacular Parade of Lights was held on Saturday night with over 27 floats and assorted vehicles, the Bryant Marching Band, the Grand Bay Volunteer Fire Department, the Mobile County Mounted Unit participated and of course Santa traded his sleigh in for a red convertible and pleased the crowd with candy, throws and good wishes. The 2016 Grand Marshall, Fire Chief Grayling Christian, and Commissioner Jerry Carl joined the parade, riding in style in classic cars loaned from the Jim Henderson Collection. The best float this year was the Polar Express from Barnes Fence and the Most Creative Float was the Davis Farm’s, Candyland. The best car was owned by Buzzy Broadus.

Citizens for a Better Grand Bay would like to thank the many volunteers for all the help and sponsorship. We can do great things when we work together as a community.